“In 1926, 19-year-old Trudy Ederle fascinated and inspired millions around the world when she became the first woman successfully to swim the English Channel. With great storytelling, sportswriter Stout (series editor of The Best American Sports Writing) chronicles Ederle’s singular accomplishment and its significance for the future of women in sports as well as the tremendous challenges for any swimmer who would dare traverse the waves of the channel. At age five, Ederle (1905–2003) suffered permanent hearing loss, which made her reticent and shy; at age 10 her father taught her to swim. The ocean opened to her like another world, and she loved the feeling of floating and swimming in its vastness. After lessons at the Women’s Swimming Association, Ederle developed her gift and emerged as one of America’s fastest swimmers, earning a spot in the 1924 Olympics. Disappointed by winning only a bronze medal, she quickly turned to the challenge of swimming the English Channel—difficult due to its strong tides, winds and currents—and after an initial failure, Ederle conquered the channel on August 6, 1926. Stout’s moving book recovers the exhilarating story of a young girl who found her true self out in the water and paved the way for women in sports today.”  -* Starred Review, Publisher’s Weekly

Film and Dramatic rights now UNDER OPTION and SET UP at Paramount Pictures. No ETA yet – 2017 would be the absolute earliest – and no word on either the director or other actors… Some foreign language rights still available … Audio book in production … more TK!

For other reactions to the book, see GoodReads

An interview on Ederle and the challenges of writing biography: 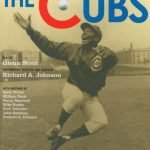 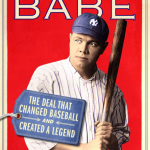 Next story :THE SELLING OF THE BABE: The Deal that Changed Baseball and Created a Legend & FENWAY 1912

The Dodgers : 120 Years of Dodgers Baseball

The Cubs: The Complete Story of Chicago Cubs Baseball

THE SELLING OF THE BABE: The Deal that Changed Baseball and Created a Legend & FENWAY 1912

AVAILABLE NOW from St. Martin’s! In bookstores and online everywhere – SUPPOORT YOUR LOCAL BOOKSELLLER! http://www.indiebound.org/book/9781250064318 http://www.amazon.com/Selling-Babe-Changed-Baseball-Created/dp/1250064317/ref=sr_1_1?s=books&ie=UTF8&qid=1451760532&sr=1-1&keywords=the+selling+of+the+babe For more, see “The Selling of the Babe” page to the right. FINALIST for 2016 “CASEY AWARD” for Best Baseball Book of 2016 Little talking The Selling of the Babe on the radio, with WFAN’s Ed Randall https://player.fm/s…/the-tj-show/ed-randall-with-glenn-stout […]

Nine Months at Ground Zero The Story of the Brotherhood of Workers Who Took on a Job Like No Other By Glenn Stout, Charles Vitchers and Robert Gray Photography by Joel Meyerowitz Publication Date: 04/26/2006 FILM AND DRAMATIC RIGHTS NOW AVAILABLE! Order at Amazon.com Here Description Hours after two airplanes hit the World Trade Center […]

The reviews are coming in for The Best American Sports Writing 2019… and they’re good! In this excellent edition, series editor Stout posits, with tongue in cheek, that journalism’s wobbly future will necessitate a switch to “Paylance”—writers will pay to get published. Esquire writer Pierce (Idiot America), who has expertly covered politics and sports for […]

Leave a comment Cancel
Comments to: Young Woman and the Sea
Cancel reply