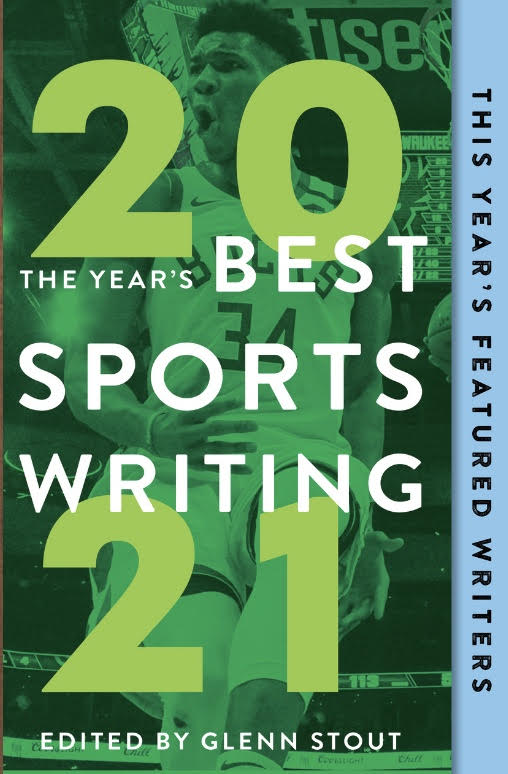 ABOUT THE YEAR’S BEST SPORTS WRITING

I thank everyone at Triumph for their faith in the concept, and for reaching out to me after the demise of BASW. Just as The Best American Sports Writing, for which I served as Series Editor during its entire thirty-year run, was not “my” book, neither is The Years’ Best Sports Writing. My role in this series is primarily supportive, to get it down the runway and off the ground, at which point I will step away. Each annual edition will have a new Editor, supplemented by an editorial Advisory Board representative of the field who will make recommendations to the annual editor, just as the board did this year. This eight-member Editorial Board, made up of both staffers and freelancers covering the full spectrum of contemporary sports writing, will ensure the Series will not only be sustainable but will include as many diverse viewpoints and styles as possible. There will be no “series editor,” although for the next few years I will assist with the nuts and bolts of putting this book together, and, like the board, put forward some story suggestions of my own. However, the final selection of stories will be the sole responsibility of the annual editor each year.

Many writers and publications have asked if it will be possible to submit material for consideration. As this is still something of a work in progress, that remains to be seen – without a series editor that daunting task becomes even more so, but we may yet develop a mechanism to make that possible – check this space.  It was impossible to do so for this edition, as its publication only became a certainty late in the year. I tried to anticipate that possibility and, as much as possible, kept my eye out for stories over the course of the entire year. But I also have to say I did not miss the firehose of mail that has kept me company for the last thirty years

Selections for the inaugural edition have already been made – we’ve had to hit the ground running – and I have to say that responsibility was far more difficult than I imagined it to be. In subsequent years the annual editor will be chosen by the Publisher with the expectation that he or she will take part in an active search for stories over the course of the calendar year, as I did this year.

I thank the many, many readers whose enthusiasm for these books has meant so much – I’ve lost track of the number who have sent me photos of their collections of the earlier two series. In truth, the book belongs to its readers and the writers who make such a collection possible. I leave the collection in the hands of those who will be responsible for its success. We will try to produce a book each year that contains work that, having been read once, you’ll want to read again, savor, and add to those collections. Feel free to pre-order from the usual online outlets or your local bookstore, and let me know what you think of the book when it appears in October.

Thanks for being readers – and writers.