Red Sox fans who believe in fairy tales ought not to take a look at “Red Sox Century,” the definitive history of the franchise, due to be released any day now by Houghton-Mifflin.

It was co-authored by Worcester native Richard L. Johnson and Uxbridge resident Glenn Stout and is the best book about the Red Sox this correspondent has ever seen, and he has seen virtually all of them.

“After it comes out,” Stout said, “I may have to have my phone disconnected. I’m not sure everyone’s going to like what’s in it. We’ve pinned down a lot of stuff, corrected a lot of misinformation. I don’t know if anyone will believe it.”

There is no shortage of history books about the Red Sox. Some are wonderful reading — “The Curse of the Bambino” by Dan Shaughnessy and “Beyond the Sixth Game” by Peter Gammons are two that come to mind.

However, most histories of the Sox build upon what others have done, principally the sanctioned history written by Fred Lieb decades ago.

Stout and Johnson started from scratch. They went back to the original sources — contemporary newspaper accounts, etc. — and looked at Red Sox history with an open mind.

The result? A book that took more than 10 years to write, and one that rewrites many long-held illusions about the franchise.

What may be the two most controversial pieces of revisionism have to do with the respective places owners Harry Frazee and Tom Yawkey have in the hearts of Red Sox fans.

Frazee, long blamed for the Curse of the Bambino and blamed for the subsequent rape of the Red Sox, is shown in an entirely different light. So is the beloved Yawkey, a member of the Baseball Hall of Fame.

Frazee did sell Babe Ruth to the Yankees, but at the time, it seemed like a reasonable trade. There was no outcry from fans or opponents or media members when it happened. In fact, some people thought the Yankees made a mistake in picking up a player whom Stout calls “Carl Everett with a smile.”

Subsequently, Frazee dealt with the Yankees almost exclusively because they were the only team with whom he could trade. The Sox, Yankees and White Sox were in a three-team alliance against AL president Ban Johnson and the five other franchises. None of those five would trade with Boston, and the White Sox were just coming off the Black Sox scandal and helpless to do anything.

The idea that Frazee was a boob who ruined the Red Sox and then lost heavily on lousy Broadway plays is incorrect, according to the book. Frazee was quite successful in his theatrical business and died a millionaire, in fact.

Yawkey is depicted as the least successful baseball owner in history. He refined the art of cronyism to its highest form and his teams only became successful on the field when he lost interest and allowed Dick O’Connell to run the franchise.

In the book, there is a chart ranking Sox owners by winning percentage. Frazee is eighth on the list. Yawkey is ninth. And, of course, who was the owner of the last Red Sox team to win the World Series?

There are other tidbits. Evidence suggests that the first game of the 1903 World Series, the first World Series, was probably fixed, as was a game in the 1912 World Series. Both series were won by the Red Sox.

Stout, who moved to Massachusetts to be near Fenway Park, believes the franchise will never win the World Series as long as the ownership is from the Yawkey succession, which the current John Harrington regime is. He also says that the Sox won’t win a World Series as long as they are in Fenway Park, or play in a duplicate of Fenway. The dimensions of the ballpark are simply too much of a disadvantage for them.

“If you’re a Yankees fan,” he said, “you’ll love the new Fenway Park.”

Not a comforting thought, but then, “Red Sox Century ” is a book.

What you don’t know of Red Sox lore
By Katherine A. Powers, Boston Globe – October 8th, 2000

When I moved here, in 1972, I thought I had set foot in Arcadia. After my shift at the Schrafft’s restaurant in the Prudential Center, I could stroll to Fenway Park and sit in the reserved grandstand for $3. More frequently, though, it was the bleachers for a buck. There, one could gaze into the Red Sox bullpen at bronzed, handsome, 28-year-old Bob Montgomery, warming up pitchers or just simply being. (One was young then, and prey to capricious, unrequited passions.) I was jubilant and as innocent as virgin horsehide of Boston baseball’s dark side, of the obsession with tragic destiny. I think, in fact, there wasn’t so much talk about the whole business in those halcyon days: 1975, 1978, and 1986 all lay in the future.

Since that distant era, the notion that the Red Sox are cursed (sale or no sale) has become the governing one in discussing the team’s history, a conceit that only the most independent thinkers avoid. I myself am trying to kick the habit – unsuccessfully, it seems. But I do wonder whether there are people who actually believe that selling Babe Ruth to the Yankees caused the end of Red Sox world championships; or do they, as I do (did?), just like the idea? Certainly it’s seductive, because of the evil role played by New York, both in the person of Broadway impresario Harry Frazee and in the monstrous form of the Yankee juggernaut. It has, in other words, the nightmarish appeal of an urban legend.

‘’If there is any kind of curse that haunts the Red Sox,’’ write Glenn Stout and Richard A. Johnson, the authors of ‘’Red Sox Century‘’ (Houghton Mifflin, $40), ‘’it’s not one that has anything to do with the sale of Ruth. Rather, it is the way history has been misused to provide excuses for the real failures that have haunted the team.’’ Behind these fighting words there are hard facts, hewn from a mountain of newspapers and other sources the two have been excavating for more than 10 years.

I would like to go through each and every revelation in this magnificent book, but the problem with historical truth is that it is complex, contextual, and simply impossible to boil down to a sentence or two. One could say, for instance, that the Red Sox won the first-ever World Series (1903). And so they did; but what that boast leaves out is that it’s as certain as circumstantial evidence can make it that the team threw one, maybe two of the games in that eight-game series. Moreover, as one reads the authors’ account of this scam, it is shown to be far less perfidious an act than the bald statement suggests.

What was the worst deal the Red Sox ever made? Selling the Babe? No, according to the two iconoclasts. A worse infamy was selling Tris Speaker to Cleveland – an act as despicable, I see now, as letting Carlton Fisk go (from which blunder I still have not recovered, despite his presence in the Hall of Fame with a B on his cap). Well, then, what about the vexed matter of dealing Ruth to New York? The villain in this scenario, as in so many others in the first couple of decades of American League history, was actually league president Ban Johnson. Richard A. Johnson (no relation, I presume) and Stout have convinced me of this and, mirabile dictu, even made me rather like Harry Frazee for sticking it to the Grand Pooh-Bah. The Book is filled with this sort of revisionism, astute and thoroughly backed up, delivering almost 100 years of reassessment (don your helmets, Yawkey devotees) to bring the team through the 1999 season. The multitudinous photographs make their own eloquent statements; and the book also includes excellent essays by Peter Gammons, Charles Pierce, and eight other baseball cognoscenti. (Doris Kearns Goodwin, to one’s mingled surprise and relief, is not among them.) Well, this is the book, the genuine article, a vademecum to get you through waiting for next year.

Other Quotes About RED SOX CENTURY

“RED SOX CENTURY belongs right up there with Macbeth, Hamlet and other dynastic tragedies.” – Dick Schaap 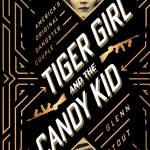 The reviews are coming in for The Best American Sports Writing 2019… and they’re good! In this excellent edition, series editor Stout posits, with tongue in cheek, that journalism’s wobbly future will necessitate a switch to “Paylance”—writers will pay to get published. Esquire writer Pierce (Idiot America), who has expertly covered politics and sports for […]