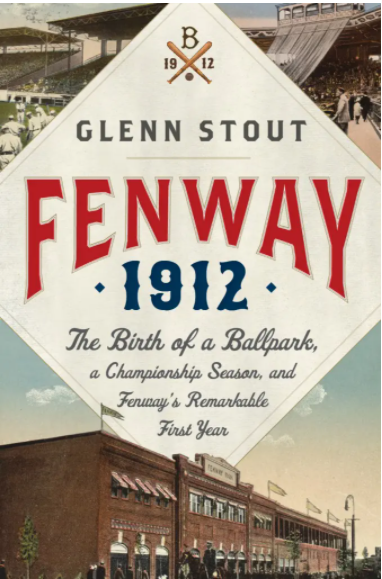 Winner of the 2011 Seymour Medal and Larry Ritter Award from the Society for American Baseball Research, for the best book of baseball history or biography, and best book on the Deadball Era. A 2012 Top Ten Sports Book as selected by Booklist. Finalist: Massachusetts Book Award for non-fiction.

Even people who aren’t fans of baseball know Fenway Park. More than just a ballpark, it is a part of American culture, and has been for nearly one hundred years. In Fenway 1912, Glenn Stout tells the remarkable story of Fenway’s first year, from the long winter when locals poured concrete and built the park to the ragtag Red Sox team that embarked on a journey to the World Series while the paint was still drying and the grass still coming in. Stout tells the stories behind the park’s notorious quirks like the Green Monster, and of the designers, builders, managers, and players who made Fenway’s first year unforgettable.

For all that has been written in tribute to the great Fenway Park, no one has ever really told the behind-the-scenes true story. Drawing on extensive new research, the esteemed baseball historian Glenn Stout delivers an extraordinary tale of innovation, desperation, and perspiration–capturing Fenway as never before.

“An irresistible look back on Fenway Park’s first season, not just for Sox fans . . . a great choice for anyone who enjoys a dip into baseball history at its best.”–Huffington Post

“Fenway 1912 reads like a novel, detailing the trials and tribulations of the quaint ballpark and the team itself … Stout has made a great story out of history.”–Baseball America

“Stout’s vivid writing and extraordinary research make the journey worthwhile in so many ways . . . you will likely feel as if you were in the creaky grandstand yourself.”–Boston Globe